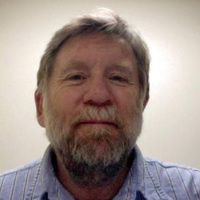 Title: "Evidence of a Nuclear Reactor in the Earth's Inner Core"

Abstract
A possible uranium fuelled fission reactor may have formed in the inner core due to gravity at the beginning of the Earth’s formation. The wide range of 3He/4He ratios from deep wells are evidence of a possible reactor deep inside the Earth. Several sets of calculations were performed using SCALE that show a self-sustained fission reactor could exist to the present time under certain parameters. For an initial fission mass the overall operational parameters of a postulated nuclear fission reactor located in the inner core of the Earth must fall within a relatively narrow band. If the overall power level were too low, the reactor would not produce sufficient fissile material to replace the material that fissioned or decayed and therefore would shut down in about 2 billion years. If the power level were too high, the reactor would have burned itself out well before the present day. The objective of this paper is to provide the parameters that would govern a deep-Earth reactor so it would still be operating today, 4.5 billion years after the Earth was formed. To help bound the possible power range; a simplified, one-dimensional, homogeneous, deep-Earth reactor having a steady-state fission power was simulated over geologic time. Power levels and start times were varied. The simulations show that, for a specified uranium loading, if the reactor were still operating today it would have an overall lifetime average operating fission power of between 1 and 3 terawatts. Analyses show that both instantaneous and cumulative 3He/4He ratios are a function of fission power, 235U/238U ratio, total uranium mass and georeactor starting time and are consistent with those observed in nature.

Bio
Dan Hollenbach as a BS, MS, and PhD in Nuclear Engineering. He has been a licensed Nuclear Engineer since 1988 and has over 35 years nuclear engineering experience, with over 25 years related to criticality safety at DOE facilities. From 2011 through the present he has worked as a senior criticality safety engineer at the Uranium Processing Facility (UPF). His primary function is Design Analysis and Calculations (DAC) and Criticality Safety Evaluation (CSE) analyst and reviewer. From 1992 to 2011, he was writing computer codes, teaching, and doing criticality analyses for Oak Ridge National Laboratory. He wrote and maintained KENO-VI and several other codes in the SCALE Code System. His experience includes modeling systems using both SCALE and MCNP, providing support for the SCALE Code System; modeling experiments using MCNP that were used for the validation program of the Yucca Mountain Project; using TSUNAMI to help design critical experiments; and modeling systems using MCNP for use by the Nuclear Material Detection and Characterization Group.