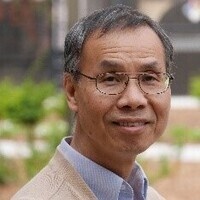 Abstract:
In contrast to inorganic light emitting diodes (LEDs) which require epitaxial growth on single crystal wafer, organic LEDs (OLEDs) can be fabricated virtually on any substrates without size limitation. When OLEDs are made on flexible substrates, they can be made very thin to replace conventional liquid crystal displays. Because of the form factor and flexibility, they can be used in applications which cannot be realized by conventional LCDs. Since the invention of organic light emitting devices in the 1980’s, the technology has received a lot of attention for flat panel display applications. Today, the technology has been developed to the point that it has become a mainstream display technology for mobile communication devices as well as high-end televisions. In addition to displays, OLEDs are also being considered for lighting and sensing applications. In this presentation, we will describe the challenges and opportunities in OLED lighting. We will also present the opportunities in different imaging applications using OLEDs.

Biography:
Franky So received his PhD degree in electrical engineering from the University of Southern California in 1991. He has previously worked at Hoechst Celanese Research Division and Motorola. In 2001, he joined OSRAM Opto Semiconductors and became the Head of OLED Research. He joined the University of Florida in 2005 and became the Rolf E. Hummel Professor in Electronic Materials in the Department of Materials Science and Engineering at the University of Florida. In 2015, he joined the Department of Materials Science and Engineering at the North Carolina State University where he is currently the Walter and Ida Freeman Distinguished Professor. While at Motorola, he was named the Distinguished Innovator and the Master Innovator. Dr. So holds 120 issued patents and has published more than 190 journal articles with a Google H-index of 70. He is the Editor-in-Chief of the journal Materials Science and Engineering Reports and serves as an Associate Editor for IEEE Journal of Photovoltaics, IEEE Journal of Display Technology, SPIE Journal of Photonic Technology and Organic Electronics. So is a Distinguished Lecturer of the IEEE Photonics Society, a Fellow of the National Academy of Inventors, and a Fellow of IEEE, OSA and SPIE.