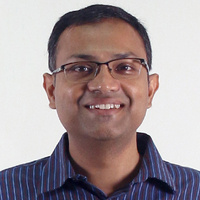 Presented by: Manas Mukherjee of the National University of Singapore

Ion trap has emerged as a device of choice for numerous applications due to its ability to isolate, hold and manipulate individual atoms. This brings in the opportunity to control quantum states of these atoms with high precision, thus becoming one of the leading technologies in quantum computing, atomic clocks and other metrology applications. Starting with a brief overview of ion trapping and laser cooling, its application towards quantum information processing will be discussed. A comparative study of ion trap devices with other competing technologies will show the challenges in developing large scale quantum computers. On the other hand, the opportunities that lies in using the Noisy Intermediate-Scale Quantum (NISQ) devices to solve useful problems that are beyond the reach of any classical computing will mark the start of a new era in computing. Towards the end a few other application of trapped ions, particularly in quantum simulation and sensing will be touched upon. The colloquium will be introductory in nature while showing some of the recent developments in the field like achieving quantum supremacy and the race to achieve it.