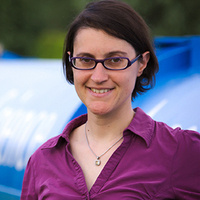 Although the 125 GeV Higgs scalar displays spin, parity, and fermionic and bosonic couplings consistent with those predicted by the Standard Model (SM), constraints on its branching ratio to invisible or non-SM final states are only at the 20-30% level. Direct searches for Higgs decays to invisible or non-SM final states offer further insights into the structure of the Higgs sector, specifically whether it consists of the single doublet of the Standard Model, or multiple doublets as proposed by many theories that extend the Standard Model. In this talk, I will present recent results on searches using data collected by the Compact Muon Solenoid (CMS) detector for Higgs decays to non-SM final states, focusing on decays that proceed via new light Higgs states. Along with general search strategies and interpretations of the current data in terms of two-Higgs-doublet models, dedicated methods for reconstructing low-transverse-momentum and boosted particles characteristic of such decays will be discussed.