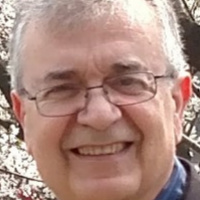 Abstract:
How did the recent revolution in the science of halide perovskites begin? The chemical versatility and structure diversity in the class of hybrid organic inorganic main metal halides is astounding. The interplay of weak covalent and ionic bonding in the inorganic framework allows the formation of an amazingly broad variety of structures, most of which can be divided into two larger classes: three-dimensional (3D) and 2D perovskites. Both have undeniably remarkable characteristics for next-generation photovoltaics, which deserve to be better understood. The 2D metal halide perovskites have become highly promising semiconductors for tunable optoelectronic devices. They have a general formula of (A’)2(A)n-1MnX3n+1, where A = Cs+, CH3NH3+ (MA), HC(NH2)2+ (FA), M = Ge2+, Sn2+, Pb2+ and X = Cl-, Br-, I-, are the perovskite components and A’+ = RNH3 is an organic spacer. There are three kinds of 2D organic inorganic hybrid perovskites so far: Ruddelsden-Popper, Cation-ordered and Jacobson-Dion. These vary from one another in the ways the inorganic slabs stack and the way the spacer cations interact with the inorganic slabs. Generally, 2D perovskites form from solution via the bottom-up self-assembly of individual semiconducting perovskite sheets having an adjustable slab thickness of up to a few nanometers & separated by insulating bulky organic molecules. As a result, they behave as natural multiple quantum wells (QWs) with the semiconducting perovskite layers representing the wells and the insulating organic spacers representing the barriers. The width of the barrier is fixed and depends only on the length of the A’ cation, while the width of the well can be adjusted by varying the thickness of perovskite slabs, which is defined by the n variable in (A’)2(A)n-1MnX3n+1. Finally, the so-called “hollow” perovskites are a new form which lies between the conventional 3D and 2D perovskites. While the overall network is 3D there are massive vacancies in it that give the materials different properties. The chemical and structural aspects of these materials will be presented and devices made from them will be described.