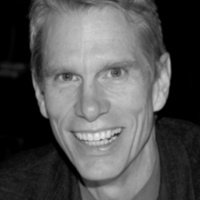 The origins of social order in ancient Greek thought

31st Rutledge Memorial Lecture in Classics. Dr. Josiah Ober is Mitsotakis Professor in the School of Humanities and Science, with appointments in the Departments of Classics and Political Science, and, by courtesy, in the Department of Philosophy. He is one of the world's leading thinkers on the Athenian democracy and Greek political thought. He works on historical institutionalism and political theory, focusing on the political thought and practice of the ancient Greek world and its contemporary relevance. He is the author of a number of books mostly published by Princeton University Press, including Mass and Elite in Democratic Athens (1989), Political Dissent in Democratic Athens (2008), Democracy and Knowledge (2008), The Rise and Fall of Classical Greece (2015), and Demopolis: Democracy before Liberalism in Theory and Practice (2017). He also has published about 85 articles and chapters, including recent articles in American Political Science Review, Philosophical Studies, and Transactions of the American Philological Association. His lecture at the University of Tennessee will have broad appeal to the general public as well as students and faculty in Classics, Political Science, Sociology, Philosophy, History, Anthropology, etc.