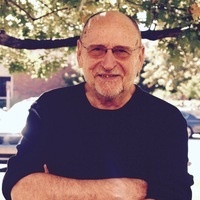 This talk surveys a number of recent and in-progress studies of the interface between linguistic detail and cognitive classification in the study of Southern U.S. English (SUSE). These studies of geographic mapping, of dialect features, and of cognitive map drawing add sociolinguistic depth to the study of Southern US English by teasing out the richer demographic characteristics of its speakers, particularly those based on linguistic detail. The results show some classic negative and positive stereotypes of the South (uneducated and rural, but casual and informal); they add, however, unexpected characteristics such as age (Southerners are old), sex (Southerners are male) and show much finer gradations (“We sound Southern but…….”) of what it means to be a SUSE speaker on the basis of a number of discoursal, task-oriented and experimental findings.

Presented by the Rhetoric, Writing, and Linguistics Speaker Series