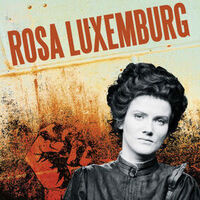 In this biopic, Rosa Luxemburg (Barbara Sukowa), a dedicated Marxist and pacifist, is arrested in 1905 for her political activities. Determined to stick to her principles, she goes on to be repeatedly convicted and imprisoned for her protests and speeches. In 1915, growing disillusioned with the German Social Democrats when they endorse World War I, she founds the Sparticist League as an alternative. Despite the many men in her life, Rosa remains focused on social justice.