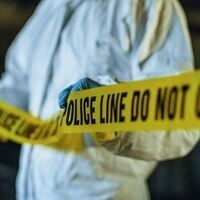 Join us for a Public Square Series discussion on Stop Violence, Save Lives: Evidence-Informed Strategies for Reducing Violent Crime with Mr. Thomas Abt.

Are there “smart-on-crime" strategies that do not involve new laws or large budget commitments? Thomas Abt, the author of Bleeding Out: The Devastating Consequences of Urban Violence--and a Bold New Plan for Peace in the Streets, researches evidence-based, cost-effective strategies to reduce violent crime. Mr. Abt is Senior Fellow at the Council on Criminal Justice. He previously served as a Senior Research Fellow at the Harvard Kennedy School and held leadership positions in the New York Governor's Office and the Office of Justice Programs at the U.S. Department of Justice.

The event will be held on Wednesday, May 4th, from 5:00 to 6:00 pm in the Toyota Auditorium or through live webcast.