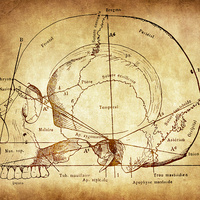 Science has long colluded with white supremacy and colonialism to produce allegedly “evidence-based” justifications for racial oppression. Professor Nora Berenstain will trace historical lineages of scientific racism from early forms, such as craniometry and anthropometry, to more contemporary manifestation, such as genetic accounts of biological racial differences.

Whereas early race science was used to justify slavery as natural and even moral, contemporary race science works to mask the effects of racism on people of color by construing racial health inequalities as inevitable disparities rooted in biology. Contrary to popular belief, these theories have often been produced within mainstream institutions of higher education, rather than at the fringes of society. Indeed, racist theories have often been at the center of the discipline of philosophy rather than at its margins.

As a philosopher, Berenstain will address her discipline’s role in the production of theories that justify and maintain social and political structures of colonial white supremacy. Berenstain will introduce the framework of "active ignorance” as a way to understand the strategies that scientists and philosophers use to sow confusion around the fraught relationship between science and race.

Registration is required in advance. After registering, you will receive a confirmation email containing the Zoom link and password. Register here.