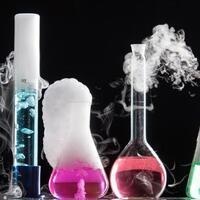 Abstract: The importance of the microenvironment in tumor growth and metastasis is well appreciated. We have previously discovered that tumor associated fibroblasts, similar to the tumor cells, highly express sigma-1 receptor to which aminoethyl anisamide (AEAA) is a high affinity ligand. Using AEAA as a targeting ligand, we have delivered genes and drugs to both the tumor cells and TAFs. Expression of relaxin in the TME is effective in deactivating hepatic stellate cells and inhibit fibrosis and metastasis in the liver. Expression of traps (antibody-like fusion proteins) in the TME also greatly remodel the immune microenvironment of the tumor. Delivery of small molecules, especially those selected from the traditional Chinese medicines, induces immunogenic cell death of the tumor cells and facilitate immunotherapy. These approaches will be highlighted in the talk.

Bio: 黄力夫教授Leaf Huang, Ph.D. is the Fred Eshelman Distinguished Professor, Division of Pharmacoengineering and Molecular Pharmaceutics in the Eshelman School of Pharmacy, University of North Carolina at Chapel Hill. Dr. Huang’s research has been in the area of gene therapy and targeted drug delivery. He has pioneered the liposome non-viral vector and has designed and manufactured the cationic lipid vector for the first non-viral clinical trial in 1992. His current work centers on nanoparticle vectors for gene transfer in tumor and liver. He also continues research in establishing a ligand targeted delivery system for cDNA, mRNA, siRNA, proteins and peptides for tumor growth inhibition and for vaccines in treating cancer and infected diseases.  He has authored or co-authored more than 600 papers with an H-index of 121. He is also the inventor or co-inventor of 22 US and foreign patents. In 2004, he received the Alec D. Bangham MD FRS Achievement Award, which is the highest honor in liposome research. He was the recipient of the 2013 Distinguished Pharmaceutical Scientist Award which is the highest scientific recognition of the American Association of Pharmaceutical Scientists. Dr. Huang has also co-founded 6 biotech start-ups in the past.