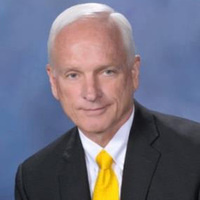 Applying Materials Science to Stabilization of Soils and Aggregates

Little has published over 200 refereed journal publications; over 80 refereed proceedings; has contributed to seven books, and has given over 400 invited lectures including numerous keynote lectures in the US and in Canada, Chile, Colombia, China, Qatar, New Zealand, Australia, Italy, and Germany. He has served as a consultant to over 125 companies including Exxon-Mobil; Shell Oil; Ferrovial-Agroman (US and Madrid, Spain); Lhoist (North America and Europe); Saudi-Aramco, Saudi Arabia; Kellogg Brown and Root (KBR) in Houston Texas and in Doha, Qatar; Graymont Lime; the U.S. Air Force; Department of Public Works (Ashgal) for the State of Qatar; and the U.S. Department of Justice to name a few. His consulting efforts include consultation of the use of chemical stabilization for the Denver Airport construction between 1987 and 1995; airport pavement projects for the Houston Airport System (Houston, Texas); design and materials infrastructure issues for the proposed Bahrain to Qatar Causeway across the Persian Gulf; major design build projects in the US with Ferrovial-Agroman and its subsidiaries (with total project costs of about $6 billion); lime stabilization construction projects in France and Canada; chemical stabilization in the compressible lakebed (Texcoco Lake) soils for the New Mexico City International Airport; and revision of infrastructure development construction specifications for the State of Qatar (Ashgal). He has served on many advisory and executive committees and remains a widely sought after consultant and expert witness on projects related to infrastructure performance and forensic studies.

In 2016, Little received the ASCE Francis C. Turner and Carl L. Monismith Lecture Awards for outstanding contributions in research and practice. He is Regents Professor and E. B. Snead Endowed Chair Professor of Civil Engineering at Texas A&M University-College Station, Texas. He is also Senior Research Fellow at the Texas A&M Transportation Institute where he was the first researcher to hold that position. Little holds other honorary academic positions including Adjunct Professor at the University of Saskatchewan, Canada; Honorary Saudi-Aramco Chair Professor at King Faisal University, Saudi Arabia; and Honorary Professor at Aston University in the United Kingdom. He is a distinguished member of the American Society of Civil Engineers (ASCE) - one of less than 200 to hold that rank out of over 150,000 members. He is a member of the Board of Directors of the ASCE Foundation and Chair of the Council of Trustees for the ASCE Foundation.