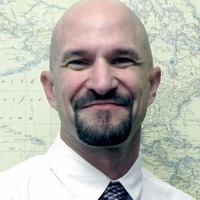 His current position is a senior program manager at US Army Corps of Engineers – Risk Management Center. He takes great pride in the efforts of his fellow Corps employees and is honored to be a part of the rebuilding of the levee systems in southeast Louisiana since Hurricane Katrina.