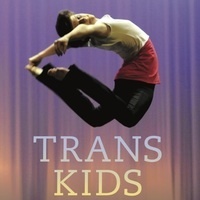 Tey Meadow, Trans Kids: Being Gendered in the Twenty-First Century

Something about gender is changing. Trans Kids is an ethnographic account of the first generation of families actively facilitating gender nonconformity in young children. Whereas previous generations of parents sent children who defied gender norms for psychiatric treatment aimed at cure, now some parents agree to call their children new names, buy them new clothes, and even approach social institutions to change their gender classifications.

In this talk, Professor Meadow (Columbia University) will depict the intricate processes that shape gender acquisition in the 21st-century. Whereas once atypical gender was considered a failure of gender, now it is a form of gender – and a form evermore intricately articulated, intrapsychically experienced, and deeply tied to and embedded within social institutions.

Sponsored by Women, Gender, and Sexuality.

Free and open to the public.  All are welcome.