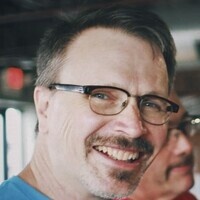 In this talk I will discuss the magnetism of oxides containing 5d transition metal ions, which differ from their 3d transition metal oxide counterparts in several fundamental ways: (1) the 5d orbitals extend further from the
nucleus which can lead to unexpectedly strong super exchange interactions, (2) for similar electron configurations the spin-orbit coupling of 5d ions is much stronger, and
(3) competing magnetic ground states in 5d transition metal oxides are very sensitive to distortions of the lattice. In this talk I discuss our studies of the magnetic properties of A2MM′O6 double perovskites where M′ is either osmium, rhenium, or iridium. I will discuss double perovskites where the 5d ion is the only magnetic ion in the structure, as well as double perovskites that contain both 3d and 5d ions. Ground states including antiferromagnetism, ferromagnetism, ferrimagnetism and spin glasses can be realized in this family of compounds. A common theme is an extreme sensitivity to changes in the filling of d-orbitals and/or distortions of the crystal structure.

Biography:
Patrick Woodward received B.S. degrees in Chemistry and Engineering from Idaho State University in 1991. He went on to study solid state chemistry with Art Sleight at Oregon State University, earning a M.S. in Materials Science and a Ph.D. in Chemistry in 1996. This was followed by a postdoctoral appointment in the Physics Department at the National Synchrotron Light Source, working on advanced X-ray and neutron powder diffraction techniques under the supervision of Dave Cox. He came to Ohio State University as an assistant professor in 1998. He received a CAREER Award from the National Science Foundation in 2001, was promoted to Associate Professor in 2004, promoted to Full Professor in 2008, and appointed as a Professor of Physics in winter of 2011. Starting in the Fall of 2011 Dr. Woodward served as the Assistant Director of the NSF funded MRSEC at Ohio State and Chair of Undergraduate Studies in Chemistry.
Faculty Host: Dr. Claudia Rawn