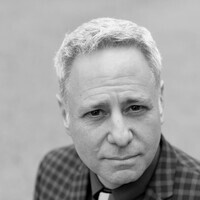 CANCELED: The Ordeal of Appalachia

Part of the "Dialogues: Region and Nation" Mini-Series

The southern mountains are a geological province of eastern North America, but Appalachia is a cultural region, defined by its history. Where did it come from? In this lecture, Steven Stoll considers the first agrarians to colonize the mountains and the planters and investors who acquired land there at exactly the same time. The two entities coexisted uneasily until events overtook them both. The industrial “scramble” for the mountains took place during decades of transition, when the mountain folk lost their land.

Steven Stoll is professor of history at Fordham University in New York City. He teaches environmental history and the history of capitalism. His recent book is Ramp Hollow: The Ordeal of Appalachia (New York:FSG/Hill & Wang, 2017). He is also the author of The Great Delusion: A Mad Inventor, Death in the Tropics, and the Utopian Origins of Economic Growth (New York: FSG/Hill & Wang, 2008; paper, 2009); U.S. Environmentalism Since 1945, A Brief History With Documents (New York: Bedford/St.Martin's, Bedford Series in History and Culture, 2006); Larding the Lean Earth: Soil and Society in Nineteenth-Century America (New York: FSG/Hill & Wang, 2002; paper, 2003); and The Fruits of Natural Advantage: Making the Industrial Countryside in California (Berkeley and Los Angeles: University of California Press, 1998).

This lecture is free and open to the public. There will be a book signing following the lecture.