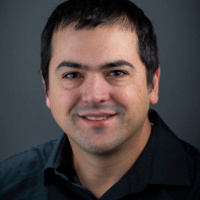 Abstract: What are the political implications of ethnic inequality? While the previous literature has investigated the consequences of economic inequality on multiple political phenomena, such as political violence, voting behavior and democratic stability, relatively little attention has been given to the effect of ethnic inequality. Yet, in many instances, the key actors that drive these phenomena are ethnic groups. This presentation investigates the political implications of ethnic inequality with a particular emphasis on democratic stability, ethnic voting and ethnic coups d’état. I argue that inequality between ethnic groups magnifies the effect of ethnic on politics, but that its effect is strongest when inequality within groups is low. I also develop two mechanisms to explain the relationship. After presenting the argument, I explain how I have used large-scale surveys to develop measures of between-ethnic group inequality (BGI) and within-ethnic group inequality (WGI). I find strong support for my hypotheses: BGI destabilizes democracy, fosters ethnic voting and increase the likelihood of coups, but only when within-ethnic-group inequality (WGI) is low. I also find strong evidence in favor of both causal mechanisms.