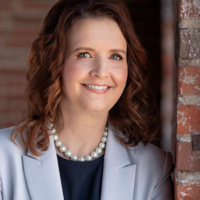 Treason in the Community: Internal Dynamics of Reconstruction in Tennessee, 1865-1868

This talk, based on Dr. Liulevicius's new book, examines pardon petitions from former Confederates in Tennessee to produce a comprehensive analysis of the process of Reconstruction in the Volunteer state after the Civil War, emphasizing bottom up factors. These petitions are an underutilized source base containing a wealth of insights into Tennesseans from a wide span of social and economic backgrounds and reveal details about many residents otherwise lost in the historical record. The pardons show the reality of the politically and emotionally charged post-Civil War environment when all who had sided with the Confederacy from the rich to the poor, from the eager to the reluctant, were required by law to admit wrong doing and sue for pardon to regain the privileges of citizenship including the right to vote and hold public office. New light is shed on the complicated and essentially communal character of Reconstruction.