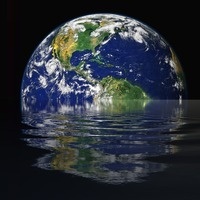 Climate change and rapidly increasing urbanization around the globe pose challenges for the contemporary arts. Heise will examine recurring story templates in the narration of urban climate change. Writers and film-makers have found multiple ways of addressing climate change in fictional and nonfictional narratives both in print and in film. In this work, the metropolis, and in particular the flooded city, often functions as a central motif in mediating between the scale of the individual and the scales of the region and the planet. Innovative narrative templates emerge in two works that offer non-apocalyptic visions of the future: Vietnamese director Nguyễn-Võ Nghiêm-Minh's film Water 2030 and Kim Stanley Robinson's New York 2140.

Ursula K. Heise is chair of the English department at UCLA, Marcia H. Howard Chair in Literary Studies, and co-founder of the Lab for Environmental Narrative Strategies (LENS) at UCLA's Institute of the Environment and Sustainability. Her books include Sense of Place and Sense of Planet: The Environmental Imagination of the Global (Oxford University Press, 2008) and Imagining Extinction: The Cultural Meanings of Endangered Species (University of Chicago Press, 2016), which won the 2017 book prize of the British Society for Literature and Science. She is also producer and writer of the documentary Urban Ark Los Angeles.