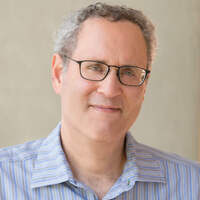 Join the College of Law for a visit with Order of the Coif Distinguished Visitor Michael Gerhardt.

He is a professor of law at the University of North Carolina at Chapel Hill and the inaugural Richard Beeman Scholar in Residence at the National Constitution Center and the University of Pennsylvania Law School. The principal focus of Professor Gerhardt’s scholarship and public service has been the constitutional conflicts between presidents and Congress.

Professor Gerhardt’s extent of service to Congress as an expert and special counsel is unusually extensive.  In 1998, he was the only joint witness to testify before the House of Representatives during President Clinton’s impeachment; and he was the only legal scholar invited to meet with the entire House behind closed doors to discuss the impeachment process.  In 2003 and 2005, he was the only witness testifying in favor of the constitutionality of the filibuster before the Senate Rules and Judiciary Committees. In the House Judiciary Committee’s hearings on the impeachment of Thomas Porteous in 2009, he was one of three constitutional experts testifying before the House Judiciary Committee on the question of whether a federal district judge’s misconduct prior to his appointment may serve as a basis for his impeachment.  Subsequently, the House unanimously impeached and the Senate voted overwhelmingly to convict and remove Porteous on that basis. Gerhardt has participated in confirmation proceedings for seven of the nine justices currently on the Supreme Court, including as Special Counsel to the Senate Judiciary Committee on the Supreme Court nominations of Sonia Sotomayor (2009), Elena Kagan (2010), Neil Gorsuch (2017), and Brett Kavanaugh (2018). In 2015, the Library of Congress selected Professor Gerhardt as the first independent scholar to oversee the updating of the official United States Constitution Annotated.