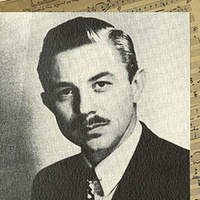 The Library Society of the University of Tennessee and the Knoxville Symphony Orchestra will celebrate the newly digitized David Van Vactor Music Collection. An event planned for Thursday, March 7, at UT’s John C. Hodges Library will include a reception, speakers, and a performance of Van Vactor’s Quintet for Flute and Strings. The event is free and open to the public.

Flutist, conductor, educator and composer David Van Vactor was hired jointly by UT and the KSO in 1947 to serve as the first head of UT’s Department of Fine Arts and the third conductor of the KSO (which he conducted for the next 25 years).

Prior to Van Vactor's death in 1994, he donated his archives to the UT Libraries. His family, his friend and transcriptionist George DeVine, and his publisher Roger Rhodes further contributed to those archives.

Recently, the UT Libraries completed a digitization project that makes available online a sizeable collection of his drafts, hand-written scores, and published works. Researchers from around the world can now study Van Vactor’s process of composition, from writing and revising to working with his transcriptionist and publisher.

As a partnership between UT and the KSO brought Van Vactor to Knoxville, it seems fitting to include both in a celebration.

The March 7 event at Hodges Library begins with a reception in the Jack E. Reese Galleria at 5:30 p.m., followed by remarks and a musical performance in the Lindsay Young Auditorium at 6:30 p.m. Guests also can enjoy an exhibit in the Elaine Altman Evans Exhibit Area that includes scores, photographs, and other materials from the David Van Vactor collection.