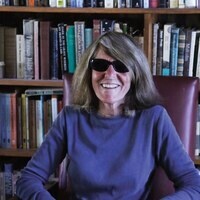 On Monday, February 24, distinguished author Joy Williams will read as part of the University of Tennessee Creative Writing Series. One of the most critically acclaimed figures in American literature, Joy Williams is the author, most recently, of Ninety-Nine Stories of God and The Visiting Privilege: New and Collected Stories. Featuring work that spans fifty years of Williams’s career, The Visiting Privilege has been met with “thundering, near-universal and thoroughly deserved acclaim.” Her distinctive voice and comic vision have earned her the admiration of writers as varied as George Saunders, Karen Russell, and Don DeLillo.
Williams’s other celebrated books include the novels The Quick and the Dead (a Pulitzer Prize finalist), State of Grace (a finalist for the National Book Award), and the essay collection Ill Nature: Rants and Reflections on Humanity and Other Animals (nominated for the National Book Critics Circle Award for Criticism). Her work has also appeared in The Paris Review, The New Yorker, Harper’s, and Esquire. She is the recipient of the Rea Award for the short story and the Harold and Mildred Strauss Living Award from the American Academy of Arts and Letters.
The reading begins at 7 p.m. in the Lindsay Young Auditorium of the John C. Hodges Library. The event is free and open to the public; all are encouraged to attend. Books will be available for purchase from Union Ave Books.
The mission of the UT Creative Writing Series is to feature “writers of fiction, poetry, and creative nonfiction from around the country and around the world.” The series is sponsored by the University of Tennessee Department of English. In addition, this event has been made possible thanks to the generous support of the Haines-Morris Endowment.
For more information, contact Christopher Hebert, Assistant Professor of Creative Writing, at chebert3@utk.edu.
Facebook: Writers.in.the.Library
Twitter: utklibwriters