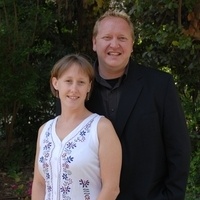 Baptizing Soldiers on the Roman Frontier: An Archeological Dig and the Early Christian Church in Jordan

How might a military outpost have helped to spread early Christianity? Professors Erin and Robert Darby introduce us to the early Christian church at the Roman military site of 'Ayn Gharandal (Arieldela), Jordan and the role the military played in disseminating the Christian faith. The Darbys will discuss the importance of the site to Christian history, including several important historical implications of the church complex. Centrally important was the commission of the building and the date of its construction, the extent of conversion to Christianity at the site, and the nature of Christian practice in this distant province of the Empire. The Darbys regularly take UT graduate students to the Jordan dig and are constructing a new chapter concerning the history of Christianity.

Erin Darby is an associate professor in Religious Studies and Robert Darby is a lecturer in Art History at the University of Tennessee, Knoxville. Since 2009 they have co-directed the 'Ayn Gharandal Archaeological Project (AGAP), excavating a Roman-Islamic period site in the Wadi Arabah of southern Jordan. The site's primary occupation is a Roman military outpost, consisting of a well-preserved fort and bathhouse. Over the course of seven seasons, AGAP has uncovered a monumental Latin foundation inscription identifying the site as ancient Arieldela, Greek inscriptions, pictorial and epigraphic graffiti, and, most recently, a fourth century church.

Free and open to the public, but registration is required.

Registration Link. Once registered, you will receive a confirmation email with a link to the webinar.