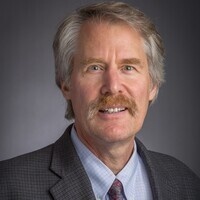 The Power of the Press: Southern Black Journalists and the 20th-Century Freedom Struggle

Operating boldly in the nation’s most racially oppressive geographical areas, Black Southern journalists in the early to mid-twentieth century shined a bright light on racial injustice and energized the Black freedom struggle. Professor Gershenhorn analyzes how African American newspapers in the Carolinas, Alabama, Arkansas, and Mississippi used the power of the press to win important victories in public facilities, education, politics, and the courts.

Jerry Gershenhorn is Julius L. Chambers Professor of History at North Carolina Central University, specializing in 20th-century US, African American, and North Carolina history. He was awarded the 2010 R.D.W Connor Award from the Historical Society of North Carolina, served as a consultant for Herskovits At The Heart of Blackness (Vital Pictures, 2009), and has been Scholar-In-Residence at the Schomburg Center for Research in Black Culture in NYC. His publications include Melville J. Herskovits and the Racial Politics of Knowledge (2004) and Louis Austin and the Carolina Times: A Life in the Long Black Freedom Struggle (2018), as well as numerous articles concerning Black history and culture.