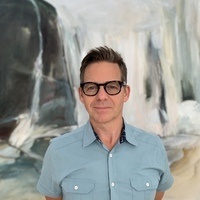 In August of 1739, Bordeaux’s Royal Academy of Sciences publicized an essay contest in Europe’s best-known scientific journal. The subject was a riddle that had long perplexed Europeans: what is the cause of the Sub-Saharan Africans’ peculiar hair texture and dark skin? While this query theoretically limited itself to discussion of African physical features, what really preoccupied the Academy were three hidden questions: the first was who is black? The second follows the first: and why? The third was an even bigger concern, namely, what did being black signify?  Professor Curran will explain both the genesis of this contest and the range of theories proposed to the Academy in 1741.

Andrew Curran is William Armstrong Professor of the Humanities at Wesleyan University in Connecticut. Professor Curran is a specialist of the French eighteenth century, with interests in the history of race and the history of medicine. He is the author of three books, including The Anatomy of Blackness: Science and Slavery in an Age of Enlightenment (Johns Hopkins, 2011). He is currently preparing an edition of 16 eighteenth-century essays on the history of race for Harvard University Press. Professor Curran has received fellowships from the National Endowment for the Humanities, the French Government, and the Mellon Foundation; most recently, he received a National Endowment for the Humanities Public Scholars award (2016).

Registration is required for this webinar. After registering, you will receive a confirmation email with information about how to join the webinar.