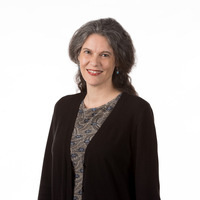 Those Mysterious Markings: Tattoos, Identity and the British Traveler

People in Victorian England were famously concerned about the ways travel could transform the self. One common “mark” of both travelling and openness to local experience—or to simply “going native”—was the tattoo, which in the late 19th century became increasingly common across social classes. Professor Gilbert examines how, in the Victorian popular imagination, the tattoo was a marker of experience. She surveys the history of late 19th-century tattoos to show how, both in life and in art and specifically in fiction of the day, the tattoo marked the home community’s inability to identify the traveler as the “same” person who had gone abroad.

Pamela K. Gilbert is Albert Brick Professor of English at the University of Florida. She has published widely in the areas of Victorian literature, cultural studies, and the history of medicine. Her books are Victorian Skin (Cornell 2019), Cholera and Nation (SUNY Press, 2008), The Citizen’s Body (Ohio State University Press, 2007), Mapping the Victorian Social Body (SUNY Press, 2004), and Disease, Desire and the Body in Victorian Women’s Popular Novels (Cambridge, 1997).

Registration is required. After registering, you will receive a confirmation email with information about how to join the webinar.