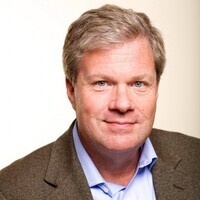 Join us to discuss a new book translation that The New Yorker has called "Brash and belligerent, lunatic and invigorating"!

Professor Roy M. Liuzza will lead a discussion of Maria Dahvana Headley’s Beowulf: A New Translation. The book tells the story of Beowulf, a hero of medieval literature. But in this translation from the Old English, the familiar elements of the epic poem are seen with a novelist’s eye toward gender, genre, and history. Beowulf has always been a tale of entitlement and encroachment, powerful men seeking to become more powerful, and one woman seeking justice for her child, but this version brings new context to an old story. While crafting her contemporary adaptation of Beowulf, Headley unearthed significant story elements lost over centuries of translation. Picked for Kirkus Reviews’ Best Fiction in Translation of 2020 and named a Book of the Year by NPR, this new and provocative feminist translation includes passages of poetry obscenities, and social-media shorthand.

Maria Dahvana Headley is The New York Times-bestselling author of eight books, most recently Beowulf: A New Translation. Her novel The Mere Wife, a contemporary adaptation of Beowulf, was named by The Washington Post as one of its Notable Works of Fiction in 2018. She’s written for both teenagers (MAGONIA and AERIE) and adults, in a variety of genres and forms. Headley’s short fiction has been shortlisted for the Nebula, Shirley Jackson, Tiptree, and World Fantasy Awards, and for the 2020 Joyce Carol Oates Prize. Her essays on gender, chronic illness, politics, propaganda, and mythology have been published and covered in The New York Times, The Daily Beast, Harvard’s Nieman Storyboard, and elsewhere.

Our Public Books Circle meets online twice a month and is free and open to the public. Each of our sessions is led by a UT professor, and everyone is welcome to add their voice to the discussion!

Read, enjoy, and join the book discussion online on the date of the event!

Roy M. Liuzza is professor of English and associate head of the Department of English at the University of Tennessee, Knoxville. Professor Liuzza’s area of specialization is Old English language and literature. He has a special interest in editing and textual criticism, and in Anglo-Saxon science and medicine, and his books include Old English Poetry: An Anthology; Anglo-Saxon Prognostics: Studies and Texts from London, winner of the 2013 Beatrice White Prize from the English Association; Beowulf: a new verse translation; The Old English Version of the Gospels (2 vols); and, as general editor, The Broadview Anthology of British Literature I: The Medieval Period.