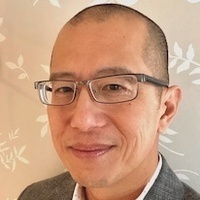 To speak of ghosts is to speak of the souls of the dead who return to haunt the living, a phenomenon that is found across historical periods and cultural traditions. Yet ghost poetry, or poems composed by the returning dead, is a literary phenomenon that exists in the classical Chinese tradition (and perhaps only in the Chinese tradition). Premodern ghosts in China composed poems that were collected and anthologized by the living, comprising a minor literature that nonetheless spans the entire classical tradition. This talk will take aim at a broad theoretical issue: how the existence of ghost poetry and how the ghost’s manifestation as an author of poetry problematize the conceptual categories of literary history.

Jack W. Chen is professor of Chinese literature at the University of Virginia. He is the author of The Poetics of Sovereignty: On Emperor Taizong of the Tang Dynasty (2010) and Anecdote, Network, Gossip, Performance: Essays on the Shishuo xinyu (2021), as well as co-editor of Idle Talk: Gossip and Anecdote in Traditional China (2013) and Literary Information in China: A History (2021). He is broadly interested in lyric theory, cybernetics and informatics, questions of comparative/world/global methodology, and cats.

His current project is a study of poems composed by ghosts in medieval China. Jack Chen was invited to The University of Tennessee by Shellen Wu (Department of History).