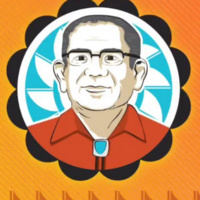 Produced by Andrew Fredericks and Marley Cogan, THE RIGHT TO VOTE looks at attempts to suppress the right to vote of indigenous Americans in North Dakota and naturalized citizens in Texas. Activists, attorneys and voters themselves banded together in each state to defend their access to the ballot box. This film and the stories in it are currently being used in campaigns to raise awareness about voting rights, particularly in places where the right to vote is threatened. The video is available free of charge as a catalyst for civic dialogue.

In the 2020, New Mexico Legislature, NADCNM assisted in drafting and passing House Memorial 45 to honor Miguel Trujillo on August 3rd, 2020. In 1948, Miguel Trujillo, a member of the Pueblo of Isleta and a United States marine veteran, challenged the infringement on his ability to vote. Because of his inability to lawfully cast his vote, Trujillo brought a lawsuit in federal court against the Valencia County registrar named Trujillo v. Garley. On August 3, 1948, the three-judge federal district court in Trujillo v. Garley found that New Mexico had discriminated against Native Americans by restricting their vote. They ruled that since Native Americans paid state and federal taxes except private property taxes on the reservations, we should be able to vote. As a result of this ruling, Miguel Trujillo was allowed to register and to cast his vote. This set a precedent for the future of Native American voting rights in New Mexico. We are proud to recognize that August 3rd, 2018 marked the seventieth anniversary of Miguel Trujillo's great contributions. That is why it is imperative for us to honor the memory and the legacy of Miguel Trujillo. We remember him not only as a heroic veteran but also a heroic champion for Native American voters.

Register for the Zoom session