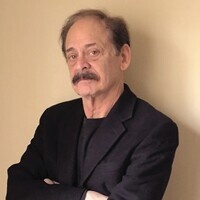 Professor Richard Elliot Friedman, the Ann and Jay Davis Professor of Jewish Studies in the Department of Religion will present the Abraham and Rebecca Solomon and Ida Schwartz Distinguished Lecture on Judaic Studies at 7 pm on Thursday, March 28 at the new student Union on the University of Tennessee Campus.  This program hosted by the Fern and Manfred Program in Judaic Studies will feature Dr. Friedman’s latest scholarship on the Book of Exodus.

Dr. Friedman received his PhD from Harvard University.  Dr. Freidman works in Akkadian, Aramaic, Greek, Hebrew, Latin, Ugaritic, French, and German. He was an American Council of Learned Societies Fellow, was elected to membership in The Biblical Colloquium, and was president of the Biblical Colloquium West. Dr. Friedman is author of numerous books which have been translated into Hebrew, German, Italian, Spanish, Japanese, Polish, Hungarian, Dutch, Portuguese, Czech, Turkish, Russian, and French.

He is best known for his book Who Wrote the Bible (1987), but has also written The Exile and Biblical Narrative, The Disappearance of God, The Hidden Face of God, the Hidden Book of the Bible, Commentary on the Torah, The Bible with Sources Revealed, The Bible Now, and most recently, The Exodus.  He has been interviewed by CNN’s Larry King and on NPR’s “All Things Considered” and “Morning Edition” and “Radio Times” and “Talk of the Nation.” Articles and citations of his work have appeared in the Washington Post, Los Angeles Times, New York Times, Wall Street Journal, U.S. News & World Report, Time, Newsweek, and other print media.

He was a consultant for the Dreamworks film “The Prince of Egypt,” for Alice Hoffman's The Dovekeepers, for NBC “The Eternal Light,” for A&E “Mysteries of the Bible,” and for A&E “Who Wrote the Bible?,” for PBS “Nova: The People of the Covenant: The Origins of Ancient Israel and the Emergence of Judaism,” for European television's ARTE “The Bible Revealed,” and for PBS “The Kingdom of David.”