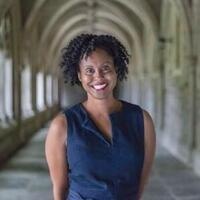 Why Diversify? Framing Diversity as an Instrumental or Moral Good

Why are people and organizations motivated to embrace diversity? Currently, universities tend to embrace diversity for instrumental reasons (i.e., it provides benefits such as increased cognitive skills) more than moral ones (i.e., it manifests institutional values, such as fairness). In her presentation, Professor Stacey Sinclair will suggest this instrumental rationale reflects the preferences of White, but not ethnic minority, Americans. In addition, parents and admissions officers expect universities that characterize their commitment to diversity instrumentally to disproportionately benefit White students. Professor Sinclair will discuss how instrumental and moral diversity rationales may translate into student experience.

Stacey Sinclair is a professor of psychology and public affairs at Princeton University. She examines how interpersonal interactions translate culturally held prejudices into individual thoughts and actions. Her research suggests people may unknowingly be immersed in social networks characterized by a corresponding degree of implicit and/or explicit bias. Her research team is in the initial stages of several projects considering the ramifications of this possibility for the health and intellectual performance of members of stigmatized groups. Recently, she was elected to the governing board of the American Psychological Association. Professor Sinclair is also head of Mathey College, one of the six residential colleges at Princeton University.

College of Arts and Sciences,

One of my very first experiences with events outside of the classroom for the University of Tennessee and my college life in general and I can say it was absolutely phenomenal. I originally went into it with the mind that it would just be an incredibly interesting subject for me to hear, and then came out with not only a new perspective on race relations as it correlates to higher education, but also a lot more useful information on how research is conducted in the field I wish to go into. I also gained a better insight in how to phrase the questions I wish to ask in a more professional way. The speaker was also very charismatic and used humor as an effective way to diffuse the normal tensions that come with heavy subjects like race relations within the United States. Though judging by the people around me a lot of students were simply there because they had to be for whatever program or class they were in which did kill the atmosphere a bit for me. The reasons in which it did so were because I experienced people using their phones without headphones, rude hecklers that yelled at the people brave enough to come forward with questions, and just the sad look of some people clearly not wanting to be there.
Tldr; Great talk, Wonderful engaging speaker, Came out with knowledge that will help in my classes, A minority of people were rude there