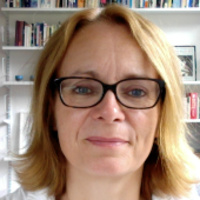 1859 was an extraordinarily creative year. It produced some of the most influential and enduring books of the Victorian period, many of which have come to embody a substantial part of what we mean by the term ‘Victorian’.  But the inhabitants of 1859 didn’t know that they were Victorians, at least in the way in which we understand that term. How did 1859 come to produce such an extraordinary richness of ideas and literature, much of which came to characterize the mid-Victorian period? How were these books read at the time, and how did they influence each other’s reception? “Writing 1859” seeks to answer those questions, and to discover more about life in 1859.

Professor Gail Marshall is Head of the School of Literature and Languages and Professor of Victorian Literature and Culture at the University of Reading, UK, and has previously worked at the universities of Leeds, Oxford Brookes, and Leicester, where she was Director of the Victorian Studies Centre. She is the author of Shakespeare and Victorian Women (Cambridge University Press, 2009) Victorian Fiction (London: Edward Arnold, 2002), and editor of volume 22 in The Selected Works of Margaret Oliphant (Pickering & Chatto, 2015), The Cambridge Companion to the fin de siecle (Cambridge University Press, 2007), George Eliot, in Lives of Victorian Literary Figures, series 1 (London: Pickering & Chatto, 2003), and several volumes on Shakespeare and the Victorians.  She is currently completing a project on the literature and culture of 1859