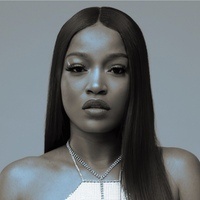 Join the Office of Multicultural Student Life, in collaboration with the Black Cultural Programming Committee, to showcase the success of a young African American, whose career path and outreach servers as an inspiration to the community. The keynote speaker for this year's Young Professional Lecture is none other than Keke Palmer!

Keke Palmer is an actress, singer, author, talk show host, humanitarian and passionate voice of her generation. Most recently, she starred as Mercedes in the 2019 blockbuster hit film “Hustlers”, opposite Jennifer Lopez, Constance Wu and
Cardi B.

Keke is a media darling and fashion muse, having covered popular mainstream magazines like Cosmopolitan, People and Harper’s Bazaar. She has received numerous awards and accolades, including several NAACP Image Awards, the BET’s Young-Stars Award, and the Spirit of the League Champion Award for her philanthropic efforts.

Unfortunately I wasn't able to attend.

I loved her she was amazing, I am so glad we got this opportunity, thank you msl!!